Along Came a Spider (Paperback) 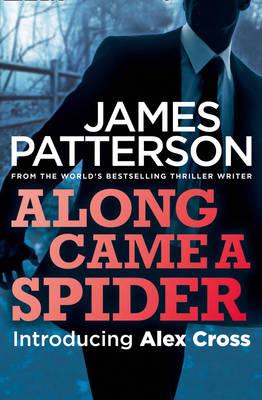 Along Came a Spider (Paperback)


Special Order - Email for Availability
Along Came a Spider begins with the double kidnapping of the daughter of a famous Hollywood actress and the young son of the secretary of the Treasury. And that's only the beginning Gary Soneji is a murderous serial kidnapper who wants to commit the crime of the century. Alex Cross is the brilliant homicide detective pitted against him. Jezzie Flanagan is the female supervisor of the Secret Service who completes one of the most unusual suspense triangles in any thriller you have ever read.
James Patterson is one of the bestselling writers of all time, with more than 240 million books sold worldwide. He is the author of the top-selling detective series of the past twenty years--the Alex Cross novels, including "Kiss the Girls" and "Along Came a Spider, " both of which were made into hit movies. Mr. Patterson also writes the bestselling Women's Murder Club novels, set in San Francisco, and the new series of #1 "New York Times" bestsellers featuring Detective Michael Bennett of the NYPD. He won an Edgar Award, the mystery world's highest honor, for his first novel. He lives in Florida.