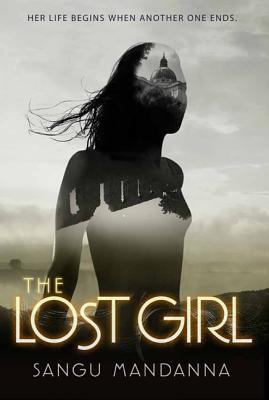 Eva's life is not her own. She is a creation, an abomination—an echo. She was made by the Weavers as a copy of someone else, expected to replace a girl named Amarra, her "other," if she ever died. Eva spends every day studying that girl from far away, learning what Amarra does, what she eats, what it's like to kiss her boyfriend, Ray. So when Amarra is killed in a car crash, Eva should be ready.

But sixteen years of studying never prepared her for this.

Now she must abandon everything and everyone she's ever known—the guardians who raised her, the boy she's forbidden to love—to move to India and convince the world that Amarra is still alive.

What Eva finds is a grief-stricken family; parents unsure how to handle this echo they thought they wanted; and Ray, who knew every detail, every contour of Amarra. And when Eva is unexpectedly dealt a fatal blow that will change her existence forever, she is forced to choose: Stay and live out her years as a copy or leave and risk it all for the freedom to be an original. To be Eva.

From debut novelist Sangu Mandanna comes the dazzling story of a girl who was always told what she had to be—until she found the strength to decide for herself.

Sangu Mandanna was four years old when she was chased by an elephant, wrote her first story about it, and decided this was what she wanted to do with her life. Seventeen years later, she read Frankenstein. It sent her into a writing frenzy that became The Lost Girl, a novel about death and love and the tie that binds the two together. Sangu lives in England with her husband and son.

“Both an interrogation of bioethics and a mesmerizing quest for identity, this debut succeeds through its careful development of the oh-so-human Eva and those around her. A provocative and page-turning thriller/romance that gets at the heart of what it means to be human.”
— Kirkus Reviews

“Mandanna’s debut novel is lovely and at times heartbreaking .... A thoughtful study of both a girl’s search for her identity and the human reaction to death.”
— Publishers Weekly

“THE LOST GIRL was the most honest portrait of grief and loss that I’ve read in a long time. Filled with heartache, love, and things that would stir Mary Shelley’s ghost, this is a story not to be missed.”
— Lauren DeStefano, New York Times bestselling author of The Chemical Garden trilogy

“The breathtakingly complex character development is set against a sinister, Frankensteinian underworld that promises plenty of philosophically fraught conflict and intricate backstory. [A] compelling meditation on the nature of humanity, consciousness, and self-ownership.”
— Bulletin of the Center for Children’s Books

“[An] absorbing novel .... The story is moving without being sentimental, and Eva’s attempts to evade her captors provide action that will broaden the book’s appeal to both sexes.”
— ALA Booklist