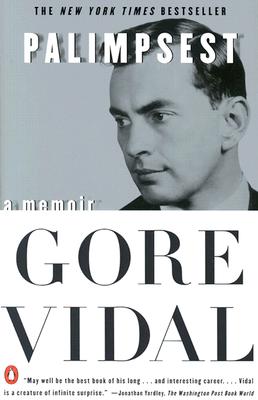 
Special Order - Email for Availability
This explosively entertaining memoir abounds in gossip, satire, historical apercus, and trenchant observations. Vidal's compelling narrative weaves back and forth in time, providing a whole view of the author's celebrated life, from his birth in 1925 to today, and features a cast of memorable characters—including the Kennedy family, Marlon Brando, Anais Nin, and Eleanor Roosevelt.
Gore Vidal (1925–2012) was born Eugene Luther Vidal, later adopting the surname of his grandfather, Senator Thomas Gore, as his first name. Well known as a novelist, an essayist, a playwright, and a social and political commentator, he was the author of numerous novels—the first, Williwaw, written when he was twenty-one—as well as scripts for film, television and the stage, including the extremely successful The Best Man and Visit to a Small Planet. His other novels include Myra Breckenridge (1968), as well as thehistorical novels in the series Narratives of Empire, which includes Burr (1973), 1876 (1976), Lincoln (1984), Empire (1987), Hollywood (1990), and The Golden Age (2000). He won the National Book Award in 1993 for his book of essays, United States: Essays (1952–1992).