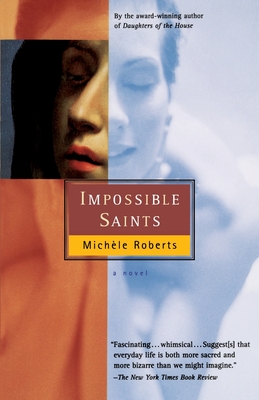 
Usually Ships in 1-5 Days. Please note that sometimes a book is available on our website but not currently on the store shelves
What does it take for a woman to be judged saintly? In this wily, wonderfully original novel, Michle Roberts tells the story of the fictional Saint Josephine: her life and death, her childhood and evolution from woman to nun to abbess, her unlikely canonization. The more we discover, the more incredible her sainthood seems. Who was Saint Josephine? Craven nun or fearless miracle worker? Pious role model or seductress? Illuminating Saint Josephine's story are the equally fantastical stories of eleven actual female saints: mad one-armed girls, beauties locked in towers, mothers who encourage their daughters' fatal anorexia, ingenues who seduce and dismember their fathers. Together the stories expose the historical conflict between female sexuality and religion, the roots of female roles in the church, and the troubled love between fathers and daughters. In original exploration of love, faith, and desire, Impossible Saints is a funny, disturbing, and utterly compelling novel about modern women who came before their time.

"An inventive, witty and ultimately deeply provocative reinscription of the troubled relationship between female sexuality and religion . . . A major novel from a hugely gifted writer."-Caryl Phillips, author of Crossing the River Gorgeous
"In her irreverent saints' lives, she shows us . . . canonization as it might have been if the church were overseen by a matriarchy that celebrated human energy, weakness, and desire."-Publishers Weekly (starred review)
"Broad, often startlingly sexually explicit caricatures of emotionally driven females . . . whose intensity alone, it seems, sanctifies them. Insouciant and entertaining . . . The Vatican will not be amused."-Kirkus Reviews
—