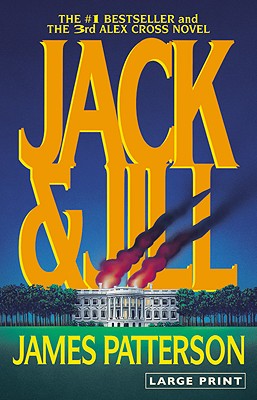 This is book number 3 in the Alex Cross series.

Someone has killed one of the most powerful men in the U.S. Senate - and the whole world is watching.

Someone has murdered a small black girl on the mean streets of Washington - and no one seems to care.

But only D.C. homicide cop Alex Cross suspects that the evil striking down both the high and the lowly wears the same shocking face. From James Patterson, the world's #1 bestselling writer, comes Jack & Jill, the #1 thriller that breaks all the rules - and shatters every nerve.
James Patterson has had more New York Times bestsellers than any other writer, ever, according to Guinness World Records. Since his first novel won the Edgar Award in 1977 James Patterson's books have sold more than 300 million copies. He is the author of the Alex Cross novels, the most popular detective series of the past twenty-five years, including Kiss the Girls and Along Came a Spider. He writes full-time and lives in Florida with his family.