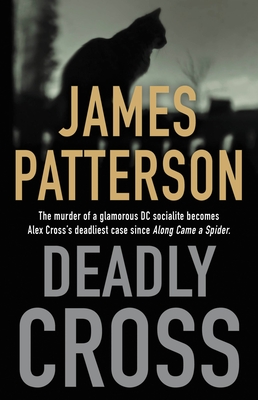 This is book number 26 in the Alex Cross series.

The murder of a glamorous DC socialite becomes Alex Cross’s deadliest case since Along Came a Spider.
Kay Willingham led a life as glamorous as it was public—she was a gorgeous Georgetown socialite, philanthropist, and the ex-wife of the vice president. So why was she parked in a Bentley convertible idling behind a DC private school, in the middle of the night, with the man who was the head of that school? Who shot them both, point blank, and why? The shocking double homicide is blazed across the internet, TV, newspapers—and across Alex Cross's mind. Kay had been his patient once. And maybe more.

While John Sampson of DC Metro Police investigates the last movements of Christopher Randall, the educator killed along with Kay Willingham, detective Alex Cross and FBI special agent Ned Mahoney find unanswered questions from Willingham's past, before she arrived in DC and became known in DC society as someone who could make things happen. They travel to Alabama to investigate Kay's early years. There they find a world of trouble, corruption, and secrets, all of them closed to outsiders like Cross and Mahoney.

Kay had many enemies, but all of them seemed to need her alive. The harder the investigators push, the more resistance they find when they leave behind the polite law offices and doctors' quarters of the state capital. Alex Cross will need to use all his skills as a doctor, a detective, and a family man to prevent that resistance from turning lethal . . . again.
James Patterson is the world's bestselling author. The creator of Alex Cross, he has produced more enduring fictional heroes than any other novelist alive. He lives in Florida with his family.