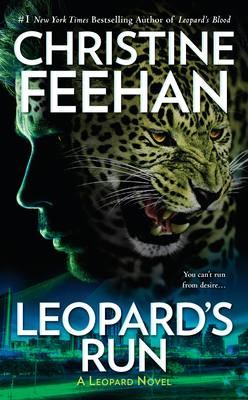 This is book number 11 in the A Leopard Novel series.

He keeps his emotions on a tight leash, but she can see the desire burning in his eyes...

Timur Amurov has one purpose in life: protect his family at all costs. With lethal skills honed from a violent upbringing, Timur is a leopard shifter who sees any newcomers as possible threats--and the petite blond barista who his sister-in-law, Evangeline, has hired to work in her bakery is definitely hiding something. While Timur still needs to determine if Ashe is an enemy, he does know that she is the only woman whose presence has ever truly calmed the beast roaring inside of him.

Ashe Bronte is well aware she has a type: sexy, gorgeous and dangerous as hell. Despite the fact that Timur is all those things and more, Ashe is in San Antonio for reasons that do not involve getting wild with a ruthless leopard--and she cannot afford to make any mistakes. But Timur has ignited something deep within her, and even though she knows she should keep her distance, every move he makes has her craving a taste...
Christine Feehan is the #1 New York Times bestselling author of the Carpathian series, the GhostWalker series, the Leopard series, the Shadow Riders series, and the Sea Haven novels, including the Drake Sisters series and the Sisters of the Heart series.
Praise for #1 New York Times bestselling author Christine Feehan and her Leopard novels

“The queen of paranormal romance…I love everything she does.”—J. R. Ward