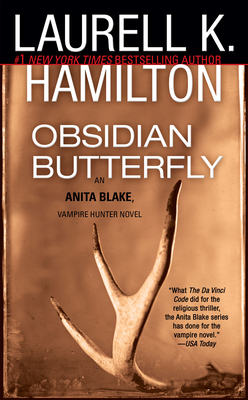 This is book number 9 in the Anita Blake, Vampire Hunter series.

#1 New York Times bestselling author Laurell K. Hamilton offers a sexy, suspenseful novel of human—and inhuman—passions, as vampire hunter Anita Blake must repay a favor to a man almost as dangerous as the ancient evil she's about to face...

Edward is a hit man, specializing in monsters, vampires, shapeshifters, anything and everything. There are people like Anita who do it legal, but Edward doesn't sweat the legalities, or, hell, the ethics. He's an equal opportunity killer.

Anita may be one of the few friends that Edward has, but it’s like being friends with a tame leopard. It may curl up on the foot of your bed and let you pet its head, but it can still eat your throat out...
Laurell K. Hamilton is a full-time writer and the #1 New York Times bestselling author of the Anita Blake, Vampire Hunter series and the Merry Gentry series. She lives in a suburb of St. Louis with her family.
Praise for the Anita Blake Vampire Hunter Novels