Rebel of the Sands (Prebound) 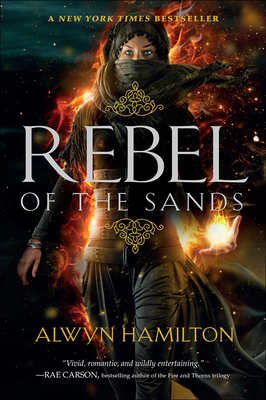 Rebel of the Sands (Prebound)


Special Order - Email for Availability
Alwyn Hamilton was born in Toronto and spent her childhood bouncing between Europe and Canada until her parents settled in France. She grew up in a small town there, which might have compelled her to burst randomly into the opening song from Beauty and the Beast were it not for her total tone-deafness. She instead attempted to read and write her way to new places and developed a weakness for fantasy and cross-dressing heroines. She left France for Cambridge University to study history of art at King's College, and then to London, where she became indentured to an auction house. She has a bad habit of acquiring more hardcovers than is smart for someone who moves quite so often. Follow her @AlwynFJH. From the Hardcover edition.