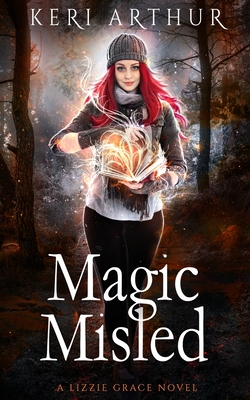 This is book number 7 in the Lizzie Grace series.

Her husband might be dead, but her problems are far from over.

Lizzie Grace had hoped that Clayton's death would bring some normality back into her life. But not only does her father remain intent on interfering now that he knows she can manipulate wild magic, but the High Witch Council has sent in an investigator to uncover her part in Clayton's murder.

But a bigger threat has arrived on the reservation.

One that wears flesh and blood, and is intent on revenge.

And it'll kill anyone who gets in its way...