The Disney Story: Chronicling the Man, the Mouse, and the Parks (Paperback) 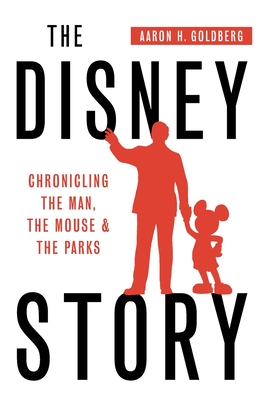 The Disney Story: Chronicling the Man, the Mouse, and the Parks (Paperback)

Attention, all Disney Fans Do you enjoy reading about the Disney theme parks? Perhaps you're enamored with the man who was Walt Disney? Maybe you're just plain crazy for Mickey Mouse and the Disney big-screen features? No need to order your serving of Disney history and knowledge a la carte anymore.

Welcome to The Disney Story, a decade-by-decade look back on the man, the mouse, and the theme parks. From Mickey Mouse's debut at the Colony Theatre in November 1928 to the opening of Shanghai Disneyland in 2016--and everything in between--finally, the world's greatest storyteller has their story told

In addition to reliving Disney's most memorable moments, there are numerous interesting and lesser-known stories that will expand your Disney knowledge and give you a fresh perspective on your favorite Disney topic.

Perhaps you're familiar with some of the Disney milestones covered in the book, but how about a few other notable stories:

The Disney Story is more than just a timeline of Disney events and a collection of interesting stories such as the ones above. It's a vehicle and guidebook that can be used to travel back in time and read about your favorite Disney subjects via an interactive bibliography on the book's companion website.

Disney's ninety-year journey is all here in one volume, complete with informative stories and tidbits about the theme parks, movies, and Walt himself. Revel in the remarkable innovations and legendary Disney magic that make the company the premiere name in entertainment today.