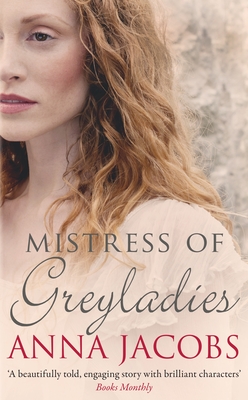 This is book number 2 in the Greyladies series.

During WWI, Greyladies - an ancient manor house in rural Wiltshire - is requisitioned for a hospital. Its mistress, Harriet, Joseph and their sons are allowed to stay in the rear part of the house, but when tragedy strikes Joseph's brothers, his future at Greyladies is at risk. Latimer family legend says a new mistress will be found to look after the house, yet how does this happen?
In Swindon, Phoebe Sinclair is unaware of her connection to Greyladies and the Latimers. When her German employers are interned because of the war, she loses her job. Even worse, her brutish step-cousin Frank tries to force her to marry him. Phoebe flees to London.

Anna Jacobs is the author of over ninety novels and is addicted to storytelling. She grew up in Lancashire, emigrated to Australia in the 1970s and writes stories set in both locations.