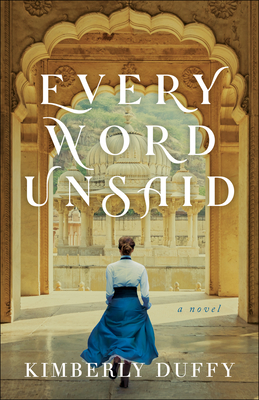 
Usually Ships in 1-5 Days. Please note that sometimes a book is available on our website but not currently on the store shelves
Augusta Travers has spent the last three years avoiding the stifling expectations of New York society and her family's constant disappointment. As the nation's most fearless--and reviled--columnist, Gussie travels the country with her Kodak camera and spins stories for women unable to leave hearth and home. But when her adventurous nature lands her in the middle of a scandal at the worst possible moment, she's forced to leave America entirely.

Arriving in India, she expects only a nice visit with childhood friends, siblings Catherine and Gabriel, and adventures that will further her career. Instead, she finds herself facing a plague epidemic, confusion over Gabriel's sudden appeal, and the realization that what she wants from life is changing.

As she grows closer to friends, old and new, and allows their words of truth to heal parched places, she pictures a new future. But when the fallout of her past decisions finds her in India, will it ruin her chance to finally stop running?
Kimberly Duffy is a Long Island native currently living in Southwest Ohio, via six months in India. When she's not homeschooling her four kids, she writes historical fiction that takes her readers back in time and across oceans. She loves trips that require a passport, recipe books, and practicing kissing scenes with her husband of twenty years. He doesn't mind. Learn more at www.kimberlyduffy.com.