The Weight of Air (Hardcover) 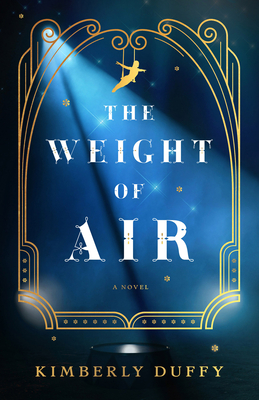 The Weight of Air (Hardcover)


Coming Soon - Available for Pre-Order Now
In 1911, Mabel MacGinnis is Europe's strongest woman and has performed beside her father in the Manzo Brothers Circus her entire life. But at his unexpected death, she loses everything she's ever known and sets off in the company of acrobat Jake Cunningham for America in hope of finding the mother she's just discovered is still alive.

Isabella Moreau, the nation's most feted aerialist, has given everything to the circus. But age and injury now threaten her security, and Isabella, stalked by old fears, makes a choice that risks everything. When her daughter Mabel appears alongside the man who never wanted to see Isabella again, Isabella is forced to face the truth of where, and in what, she derives her worth.

In this evocative novel from Kimberly Duffy, the meaning of strength takes center stage as the lives of three circus performers become entangled beneath the glittering lights and flying trapeze of Madison Square Garden.
Kimberly Duffy is a Long Island native currently living in southwest Ohio. When she's not homeschooling her four kids, she writes historical fiction that takes her readers back in time and across oceans. She loves trips that require a passport, recipe books, and practicing kissing scenes with her husband of twenty-three years. He doesn't mind. Learn more at kimberlyduffy.com.