A Dance in Donegal (Paperback) 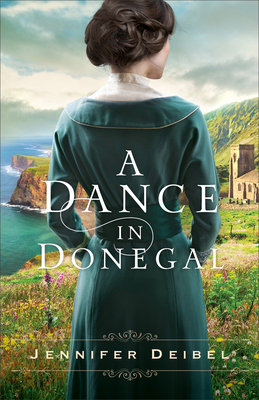 A Dance in Donegal (Paperback)


Usually Ships in 1-5 Days. Please note that sometimes a book is available on our website but not currently on the store shelves
"Deibel's descriptions of Ireland's landscape, enticing cuisine, sonorous language, and vibrant culture converge to form a spectacular background for the story."--BookPage starred review

All of her life, Irish-American Moira Doherty has relished her mother's descriptions of Ireland. When her mother dies unexpectedly in the summer of 1920, Moira decides to fulfill her mother's wish that she become the teacher in Ballymann, her home village in Donegal, Ireland.

After an arduous voyage, Moira arrives to a new home and a new job in an ancient country. Though a few locals offer a warm welcome, others are distanced by superstition and suspicion. Rumors about Moira's mother are unspoken in her presence but threaten to derail everything she's journeyed to Ballymann to do. Moira must rely on the kindness of a handful of friends--and the strength of Sean, an unsettlingly handsome thatcher who keeps popping up unannounced--as she seeks to navigate a life she'd never dreamed of . . . but perhaps was meant to live.

Jennifer Deibel's debut novel delights the senses, bringing to life the sights, sounds, smells, and language of a lush country and a colorful people. Historical romance fans will embrace her with open arms.

"God's redemptive love is the highlight of this debut work . . . Fans of historical Christian romances in the vein of Kristi Ann Hunter and Jen Turano will want to keep an eye on Deibel."--Library Journal

"Deibel's exemplarily executed debut is a touching tale of love and forgiveness that also beautifully captures the warmth and magic of 1920s Ireland. The author's flair for vivid characterization is especially striking in Moira, whose realistic struggles with her faith give her memorable depth and relatability."--Booklist
Jennifer Deibel is a middle school teacher whose work has appeared on (in)courage, on The Better Mom, in Missions Mosaic magazine, and others. With firsthand immersive experience abroad, Jennifer writes stories that help redefine home through the lens of culture, history, and family. After nearly a decade of living in Ireland and Austria, she now lives in Arizona with her husband and their three children. You can find her online at www.jenniferdeibel.com.