Voter Suppression in U.S. Elections (History in the Headlines) (Paperback) 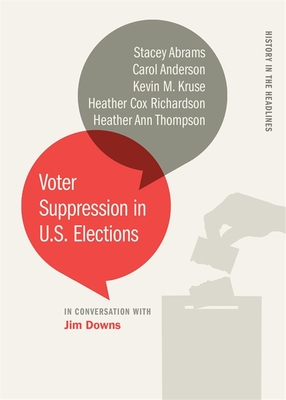 Voter Suppression in U.S. Elections (History in the Headlines) (Paperback)

Historians have long been engaged in telling the story of the struggle for the vote. In the wake of recent contested elections, the suppression of the vote has returned to the headlines, as awareness of the deep structural barriers to the ballot, particularly for poor, black, and Latino voters, has called attention to the historical roots of issues related to voting access.