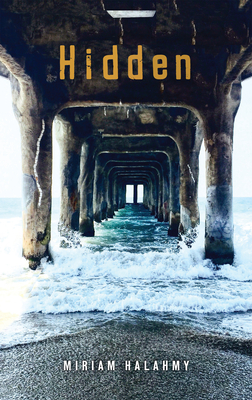 
Usually Ships in 1-5 Days. Please note that sometimes a book is available on our website but not currently on the store shelves
What if someone's future was entirely in your hands?

For fourteen-year-old Alix, life on Hayling Island off the coast of England seems insulated from problems such as war, terrorism and refugees. But then, one day at the beach, Alix and her friend Samir pull a drowning man out of the incoming tide.

Mohammed, an illegal immigrant and student, has been tortured by rebels in Iraq for helping the allied forces and has spent all his money to escape. Desperate not to be deported, Mohammed's destiny now lies in Alix's hands, and she is faced with the biggest moral dilemma of her life. Should she notify the authorities or try to protect Mohammed? How can she keep him safe?

Exciting and thought-provoking, this novel provides a compelling, personal look at a contemporary issue, inspired by true stories and informed by the author's work with refugees and asylum seekers.

Nominated for the Carnegie Medal.
MIRIAM HALAHMY is a poet, special needs educator and novelist. She has worked with refugees in schools as well as in workshops she led for PEN and the Medical Foundation for the Victims of Torture. This book was inspired by stories she heard from members of the Iraqi family into which she married.
"An engaging, fast-paced story that pushes teens to consider all sides of the immigration issue, this is a great choice for middle school libraries or for struggling readers."—School Library Journal