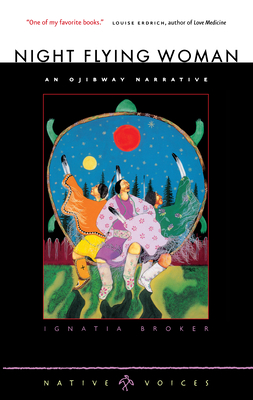 
Usually Ships in 1-5 Days. Please note that sometimes a book is available on our website but not currently on the store shelves
With the art of a practiced storyteller, Ignatia Broker recounts the life of her great-great-grandmother, Night Flying Woman, who was born in the mid-19th century and lived during a chaotic time of enormous change, uprootings, and loss for the Minnesota Ojibway. But this story also tells of her people's great strength and continuity. This popular book is also available on audiotape read by Debra Smith. An enrolled member of the Red Lake Band of Chippewa, she has performed her own poetry on a syndicated radio series on Native writers.