Wanting to Be Jackie Kennedy (Paperback) 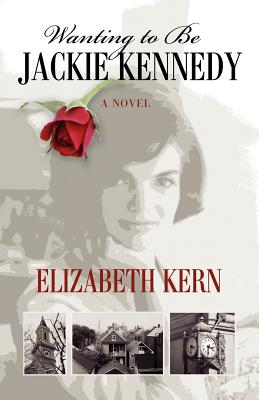 Wanting to Be Jackie Kennedy (Paperback)

By Elizabeth A. Kern, Sandra S. Sanoski (Designed by)


Usually Ships in 1-5 Days. Please note that sometimes a book is available on our website but not currently on the store shelves
WANTING TO BE JACKIE KENNEDY is a bittersweet story of a young girl's journey to womanhood in Chicago in the 1960s, and the role the nation's elegant first lady plays along the way. News of Jacqueline Kennedy Onassis' death in 1994 propels 50-year-old Ellie Manikowski back to her old Polish neighborhood in Chicago and to memories of her teenage years. It's 1961-President Kennedy inspires America's youth to serve their country. Young Ellie dreams of glamour and public service, but her dreams are cut short when her undertaker father loses his eyesight and Ellie steps in to help with the family business. It is not a career that suits her. That summer the flats above the family's funeral home are abuzz with romantic intrigue. Ellie falls in love with an ambitious medical student and finds her beloved Aunt Nina, who lives downstairs, involved in a forbidden love affair that threatens the family's future and shakes her Catholic faith. It's 1963-President Kennedy's assassination devastates the nation and Ellie. What she learns from the first lady during that wrenching time holds her in good stead when years later she faces disaster in her own life. In Wanting to Be Jackie Kennedy, Kern juxtaposes the down-to-earth lives of the Manikowski family with the privileged lives of the Kennedys, and points out that in times of tragedy, close-knit families are all alike-and a certain indomitable grace can pull us through. Kern's debut novel was a semi-finalist in the 2010 Amazon Breakthrough Novel Award competition.