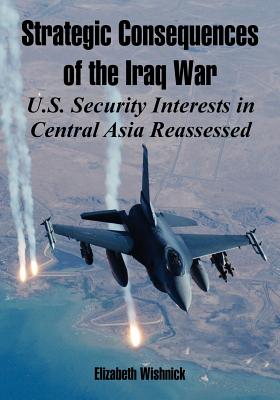 
Usually Ships in 1-5 Days. Please note that sometimes a book is available on our website but not currently on the store shelves
Central Asia is a key theater in the war on terrorism where fragile new states are attempting to consolidate political power, build legitimacy, and stoke economic development at the same time that they face a range of threats with security forces badly in need of reform. While the United States has recognized the pivotal role of Central Asia and greatly expanded its activities there, this is a new venue for America. U.S. policymakers are learning in stride as they seek ways to both strengthen the Central Asian states and to encourage them to undertake badly needed political reforms. In this monograph, Elizabeth Wishnick builds on the analysis in her important 2002 SSI study, Growing U.S. Security Interests in Central Asia. She contends that by highlighting antiterrorism, the United States addresses a symptom rather than the causes of instability in Central Asia; thus it is contributing to the radicalization of political opposition movements and discrediting both democratization and the U.S. commitment to it. Instead, she argues, the United States should do more to address the underlying human security problems in Central Asia, which increase its vulnerability to terrorist movements.