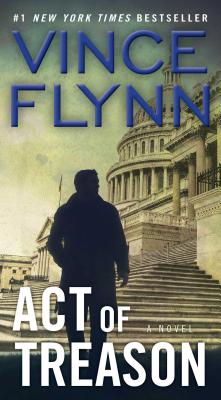 This is book number 9 in the A Mitch Rapp Novel series.

The fallout from a horrific Washington explosion has just begun—and so has CIA superagent Mitch Rapp’s hunt for a killer with a personal agenda—in this explosive thriller from #1 New York Times bestselling author Vince Flynn.

In the final weeks of a fierce presidential campaign, a motorcade carrying candidate Josh Alexander is shattered by a car bomb. Soon after the attack, Alexander is carried to victory by a sympathy vote, but his assailants have not been found. When CIA director Irene Kennedy and Special Agent Skip McMahon receive damaging intelligence on Washington’s most powerful players, they call on Mitch Rapp—the one man reckless enough to unravel a global network of contract killers on an explosive mission that leads back to the heart of our nation’s capital…and the inner sanctum of the Oval Office.
#1 New York Times bestselling author Vince Flynn (1966–2013) created one of contemporary fiction’s most popular heroes: CIA counterterrorist agent Mitch Rapp, featured in thirteen of Flynn’s acclaimed political thrillers. All of his novels are New York Times bestsellers, including his stand-alone debut novel, Term Limits.
"Tom Clancy fans who have not yet discovered Vince Flynn and his maverick, do-whatever-it-takes hero, CIA operative Mitch Rapp, will find this page-turner right up their alley.... Taut writing and [a] plausible vision of the real work of the intelligence community." -- Publishers Weekly

"The suspenseful conclusion of this terrific story is exciting, satisfying, and totally unexpected. Act of Treason has what one desires in a thriller -- a multilayered and complex plot full of twists and turns with a charismatic main character." -- The Roanoke Times (VA)

"CIA operative Mitch Rapp is back. And he's as fearless as ever." -- Saint Paul Pioneer Press (MN)

"Whether you're a fan eagerly awaiting the next installment or a curious reader wondering what all the fuss is about, Act of Treason will make your day." -- FrontPageMagazine.com