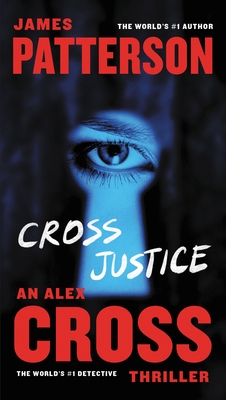 This is book number 21 in the Alex Cross series.

For Alex Cross, the toughest cases hit close to home-and in this deadly thrill ride, he's trying to solve the most personal mystery of his life.
When his cousin is accused of a heinous crime, Alex Cross returns to his North Carolina hometown for the first time in over three decades. As he tries to prove his cousin's innocence in a town where everyone seems to be on the take, Cross unearths a family secret that forces him to question everything he's ever known.
Chasing a ghost he believed was long dead, Cross gets pulled into a case that has local cops scratching their heads and needing his help: a grisly string of socialite murders. Now he's hot on the trail of both a brutal killer, and the truth about his own past-and the answers he finds might be fatal.
James Patterson holds the Guinness World Record for the most #1 New York Times bestsellers. He is a tireless champion of the power of books and reading, exemplified by his new children's book imprint, JIMMY Patterson, whose mission is simple: We want every kid who finishes a JIMMY Book to say: "PLEASE GIVE ME ANOTHER BOOK." He has donated more than one million books to students and soldiers and has over 400 Teacher Education Scholarships at 24 colleges and universities. He has also donated millions to independent bookstores and school libraries. James will be investing his proceeds from the sales of JIMMY Patterson Books into pro-reading initiatives.