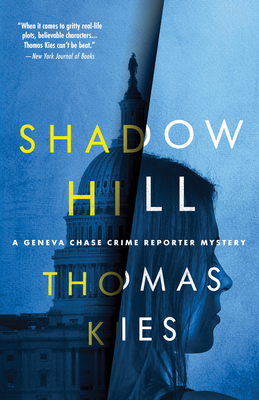 This is book number 4 in the Geneva Chase Crime Reporter Mysteries series.

How far would someone go to protect corporate profits?

Just days before Morris Cutter, a retired powerful oil executive, is scheduled to give a pseudo-scientific report to Congress that will delay crucial action on climate change for decades, he and his wife are found shot to death in their Greenwich, Connecticut, home. The police call it murder-suicide. The couple's son refuses to accept the official conclusion and hires Geneva Chase, crime reporter turned private detective, to prove otherwise.

Genie soon learns that there are suspects everywhere, including within the deceased's immediate family. Morris Cutter's own daughter hadn't spoken with him in years, and his nephew is a climate activist with a radical organization. But Cutter's former company has a vested interest in keeping a low profile until it is able to present its mock-science on Capitol Hill. Genie is bribed, then threatened, to wrap up her investigation before the scheduled hearing date—and to concur with the police findings.

When the lead scientist of the study goes missing, followed by Cutter's daughter, Genie begins to piece together what actually may have happened to Morris and Julia Cutter, putting herself in harm's way as she races to find the truth.

Author of the Geneva Chase Mystery Series, Thomas Kies lives and writes on a barrier island on the coast of North Carolina with his wife, Cindy, and Lilly, their shih-tzu. He has had a long career working for newspapers and magazines, primarily in New England and New York, and is currently working on his next novel, Graveyard Bay.
Shadow Hill is a suspense-fueled and relevant crime novel that delves into the seedy underbelly of politicians and climate activists, seeking to gain from a grisly murder...action-packed [and] completely unexpected.

"Sleek and engaging. If you miss Kinsey Millhone, you might give Geneva a whirl." — Kirkus Reviews