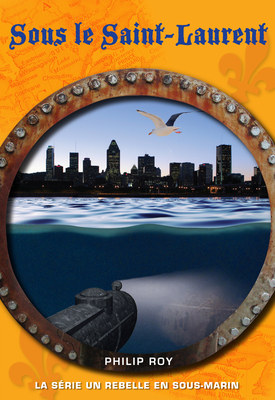 In this sequel to the prize-winning French language young reader novel Un rebelle en sous-marin, Alfred sets off in his submarine up the dark and wilful St. Lawrence River. With Hollie and Seaweed, his dog and seagull crew, Alfred follows the route of Jacques Cartier, nearly five hundred years before them, as they sail down the Strait of Belle Isle into the largest river mouth in the world. But the St. Lawrence is a treacherous river, concealing many dangers beneath its surface, not least of all the cursed and ghostly Empress of Ireland, a sunken ocean-liner that has claimed the lives of over a thousand people and that reaches up to entangle the sub as they pass. Alfred must sail to Montreal to confront the man who abandoned him at birth -- his father. Only then will he escape the unfinished business that haunts him. But is the quest worth the danger? And why is Alfred plagued with bad luck? Is someone, or something, trying to turn him back?