A Stranger at Home: A True Story (Paperback) 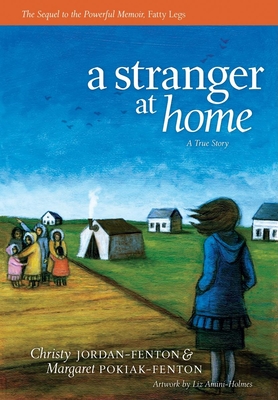 A Stranger at Home: A True Story (Paperback)


Usually Ships in 1-5 Days. Please note that sometimes a book is available on our website but not currently on the store shelves
Traveling to be reunited with her family in the arctic, 10-year-old Margaret Pokiak can hardly contain her excitement. It's been two years since her parents delivered her to the school run by the dark-cloaked nuns and brothers. Coming ashore, Margaret spots her family, but her mother barely recognizes her, screaming, "Not my girl." Margaret realizes she is now marked as an outsider. And Margaret is an outsider: she has forgotten the language and stories of her people, and she can't even stomach the food her mother prepares. However, Margaret gradually relearns her language and her family's way of living. Along the way, she discovers how important it is to remain true to the ways of her people--and to herself. Highlighted by archival photos and striking artwork, this first-person account of a young girl's struggle to find her place will inspire young readers to ask what it means to belong.
Christy Jordan-Fenton is the author of "Fatty Legs," which was named one of the 10 best children's books of 2010 by "The Globe and Mail." She is currently working on several children's stories, a novel for adults and a short story collection. Margaret Pokiak-Fenton spent her early years on Banks Island in the Arctic Ocean. She now lives in Fort St. John, British Columbia. Liz Amini-Holmes' illustrations have appeared in children's books, magazines and newspapers. She lives near San Francisco, California.