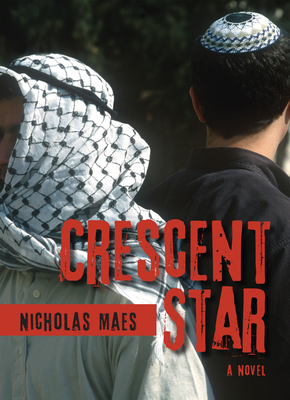 Short-listed for the 2012 Coast Reads

Avi Greenbaum is Jewish and lives in West Jerusalem. Moussa Shakir is Palestinian and lives in East Jerusalem. Both are 15 years old, live without their fathers, adore their older brothers, and belong to the same soccer club. Avi commemorates the Holocaust and celebrates Israeli independence, while Moussa mourns on Nakba Day, marking the expulsion of Palestinians from their homes and land in 1948. Their lives are parallel lines: they have everything in common and nothing at all. Each is oblivious to the others existence.

As Avi and Moussa go about their daily routines in the spring of 2006, they face reminders of the conflict that has dogged the region for the past three generations the security wall, suicide bombings, police operations, and the looming shadow of war. While navigating this legacy of suspicion and violence, they must decide what their own roles in the stalemate will be.

Nicholas Maes is a high-school history teacher and also teaches classics at the University of Waterloo. His two previous novels for young people are Locksmith and Laughing Wolf, which was nominated for the Snow Willow Award. Maes is also the author of Robertson Davies: Magician of Words. He lives in Toronto.

"Maes has taken this topic and made it come to life in a way that readers will appreciate."