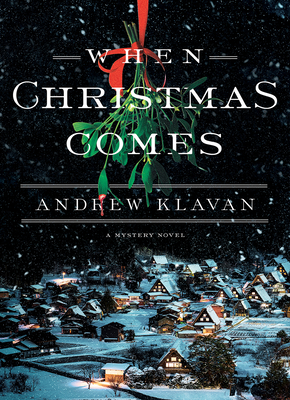 Colorful Christmas lights dapple the family homes in the idyllic lakeside town of Sweet Haven when Jennifer Dean, a young librarian at the local elementary school, is brutally murdered. There are witnesses and her boyfriend Travis Blake confesses to the crime… but something doesn’t quite add up. Blake is a third generation Army Ranger, awarded the Silver Star for his heroism in Afghanistan—how could a beloved son of this tight-knit burgh commit such a grisly deed?

As a community of military families a few miles down the road from an Army base, no one in Sweet Haven wants to investigate a war hero like Blake, not even the top brass at the police department. In steps Cameron Winter, a rugged and lonesome English professor haunted by the ghosts of his own Christmas past, whose former lover asks him to prove Blake innocent. The Sweet Haven murder reverberates in his mind, echoing a horrific yuletide memory from his youth, and Winter knows there are darker powers at play here than a simple domestic dispute. If he can solve this small-town mystery, just maybe he can find peace from his inner demons as well.

The thirty-sixth novel by two-time Edgar Award winner Andrew Klavan, When Christmas Comes is a seasonal tale of tradition, family, and murder; its chilling twists are best experienced curled up beside a burning Yule log.

Andrew Klavan is the author of such internationally bestselling crime novels as True Crime, filmed by Clint Eastwood, Don’t Say A Word, filmed starring Michael Douglas, Empire of Lies and Werewolf Cop.  He has been nominated for the Mystery Writers of America’s Edgar Award five times and has won twice. He wrote the screenplays to “A Shock to The System,” which starred Michael Caine, “One Missed Call,” which starred Edward Burns, and “Gosnell: The Trial of America’s Biggest Serial Killer,” starring Dean Cain. His political satire videos have been viewed by tens of millions of people, and he currently does a popular podcast The Andrew Klavan Show at the Daily Wire. He is also the author of a memoir about his religious journey The Great Good Thing: A Secular Jew Comes to Faith in Christ. His fantasy-suspense trilogy Another Kingdom was among the top 100 podcasts.

The core of the book [...] is Winter, whose voice and strength of character drive the story, particularly in the satisfying and exciting conclusion. This terrific holiday-themed novel will leave readers unsettled and hopeful at the same time.
— Publishers Weekly STARRED REVIEW

Andrew Klavan is the most original American novelist of crime and suspense since Cornell Woolrich.
— Stephen King

A masterclass in mysteries of the melancholic kind.
— Criminal Element

The most wonderful time of the year doesn’t do a bit to deter Klavan from his trademark razzle-dazzle plotting [...] Just the thing for one of those lengthening nights between Halloween and Christmas.
— Kirkus

Andrew Klavan is a superb entertainer, and his work has real substance. I look forward to his books like I looked forward to Christmas when I was a kid. When Christmas Comes is wonderful, gripping, a pure delight.

WHEN CHRISTMAS COMES is an ideal mystery novel for the winter season and one you will not soon forget.
— Bookreporter