From Island Immigrant to Us Congress: An American Success Story (Hardcover) 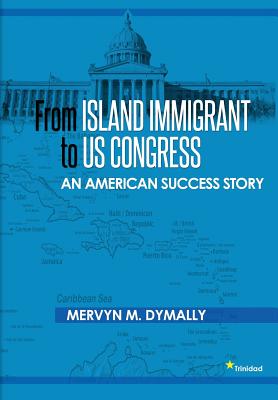 From Island Immigrant to Us Congress: An American Success Story (Hardcover)


Special Order - Email for Availability
Mervyn Malcolm Dymally, a Representative from California; born in Cedros, Trinidad, British West Indies, May 12, 1926; attended Cedros Government School, Trinidad; Naparima Secondary, San Fernando, Trinidad, 1944; B.A., California State University, Los Angeles, 1954; M.A., California State University, Sacramento, 1969; Ph.D., United States International University, San Diego, 1978; President, Mervyn M. Dymally Co., Inc., 1979-1981; teacher; lecturer; served in the California State Assembly, 1963-1966; California State Senator, 1967-1975; California Lieutenant Governor, 1975-1979; elected as a Democrat to the Ninety-seventh Congress and to the five succeeding Congresses (January 3, 1981-January 3, 1993); Member of the California State Assembly, 2002 to 2008. He is presently Professor Emeritus at Charles Drew University of Medicine and Science. US President I congratulate Mervyn Dymally on his autobiography. He has lived an extraordinary life, rising from modest beginnings in Trinidad to leadership from California in the Congress of the United States. He offers insight into his role in state and national government, as well as in global affairs. Hon. Jimmy Carter US Senate "As one of the longest-serving African-American leaders in the country and a mentor to many elected officials, Dr. Mervyn Dymally's engaging new book chronicles his exceptional resilience in the face of adversity and will serve as an inspiration for a new generation of public servants." Hon. Diane Feinstein Legislator I cannot tell you how happy I am that you have taken the time to make this important contribution to history. Too few important people in history take the time in their life to pass their contributions on to the next generation. But, that has always been you instruction. You have always cared about all those around you making sure that they have the best opportunity, and that is precisely the reason why I continue to be your loyal staffer. You never forget, and you taught me never to forget. Thank you for sharing your work with me. Hon. Robert M. Hertzberg, Esq. CA Assembly Speaker Emeritus.