Across the Face of the Storm (World Young Readers #41) (Paperback) 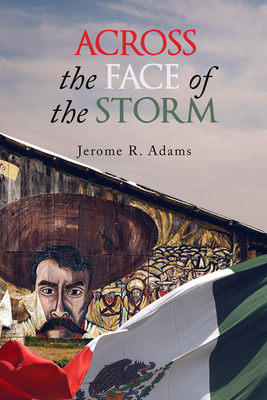 Across the Face of the Storm (World Young Readers #41) (Paperback)

This is an apprenticeship novel, the story of Isabel Cooper, 17, and her 15-year-old brother, Frederick. In early 1911, they leave their Georgetown home after the sudden death of their Mexican mother. They are determined to find their father, a college professor who – like many American leftists – had joined the Mexican revolution a few months earlier. They travel by train, stagecoach, and wagon, at first put off by what they see of turn-of-the-century American South. But they soon learn of the quiet dignity of their mother’s homeland. After an ugly incident not of their making, they escape the federales with the help of Pepe, a lad of many talents. He leads them to refuge with a ragtag militia on its way to join Carranza’s Army of the North, commanded by a woman known as La Maestra

After service in the Peace Corps in Colombia, Jerome Adams went to work for The Charlotte (NC) Observer, a daily newspaper. He went on to a career as a freelance writer and teacher. He hopes it was his wanderlust that has moved his four children to live and work in Nigeria, Albania, Italy, and Costa Rica.