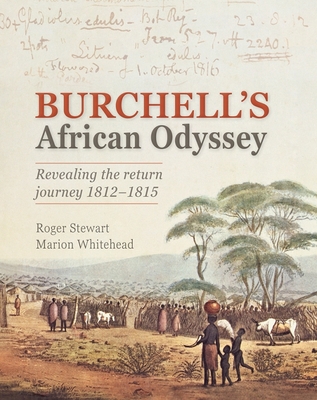 
Coming Soon - Available for Pre-Order Now
In November 1810, a 29-year-old English botanist and skilled horticulturalist named William John Burchell landed in Cape Town on his first visit to southern Africa. Despite never having traveled in an ox wagon, he commenced a four-year, 7,000 kilometer journey over rough and inhospitable terrain in a custom-built oxen-drawn wagon in June 1811. By the time he returned to Cape Town in 1815, he had amassed a collection of 63,000 specimens of plants, bulbs, insects, reptiles, and mammals - many not previously documented for science - as well as a significant portfolio of paintings and illustrations.

While his outbound journey is well documented in his famous two-volume Travels in the Interior of Southern Africa, little is known about the roughly thirty-two months of his return journey between 1812 and 1815. This new book sets out to recreate the second leg of Burchell's epic odyssey - from near Kuruman in the Northern Cape of South Africa, to the Eastern Cape, and back along the southern Cape coast to Cape Town. Drawing on numerous published and primary sources, including Burchell's letters, the authors have created a thought-provoking and beautifully illustrated account of one of the nineteenth century's most brilliant explorers.

Today his specimen collections, held at the Royal Botanic Gardens, Kew and at the University of Oxford, are still used by researchers, and his name lives on in the many animal and plant species named after him.

This timely publication coincides with the bicentenary of Burchell's first volume of his Travels in the Interior of Southern Africa.