Inside Out: Escape from Pretoria Central Prison (Paperback) 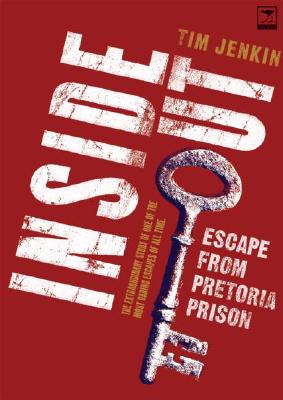 Inside Out: Escape from Pretoria Central Prison (Paperback)


Backordered
The thrilling story of Tim Jenkin's daring escape from Pretoria Maximum Security Prison, where he was kept by apartheid authorities for his activities on behalf of the ANC, and his subsequent flight from South Africa.

Tim Jenkin was born in South Africa and educated in Cape Town at Rondebosch Boys' Prep and Boys' High School. He earned his B.Soc.Sci. degree at the University of Cape Town in 1973 and began his career as a social worker at a reform school in Swindon, UK the following year.

Tim worked as a researcher for the Institute for Social Development at the University of the Western Cape prior to being imprisoned for political `offences' in 1978. He was sentenced to 12 years but Escaped from Pretoria Prison on December 11th, 1979.

From 1980, Tim worked for the African National Congress in London in research, management, training and communications. He returned to South Africa in 1991 to manage the ANC's communications network. He worked for the ANC Elections Briefing Unit in 1994 before being appointed Head of their Electronic Information Unit in Cape Town later that year.

Tim left this position in 1997 and is currently the Director of Umwembi Communications (Pty) Ltd.

He is married with two children.