Miranda and the Miner (Paperback) 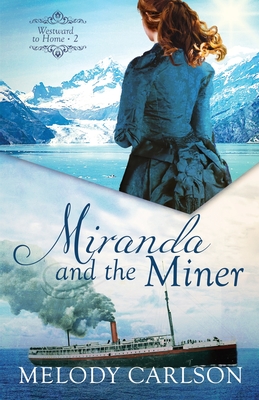 Miranda and the Miner (Paperback)

An education back East?

That's the last thing Miranda Williams wants, but since her stepfather had noted it in his will, her stepsister Delia is determined to see it through. But Miranda doesn't want to go East, and she certainly doesn't want to be subjected to more schooling. As Delia's wedding day approaches, Miranda is certain her only chance of salvation lies in finding a groom-fast

And at first she thinks all is going according to plan when Jackson O'Neil from a neighboring mine begins to pay her attention and sets her heart to fluttering. But Jackson has his own dreams, dreams of heading to Alaska and striking it rich in gold.

With new friends, old bitterness, and an ocean of possibilities, how will Miranda find her way to a future of her own?