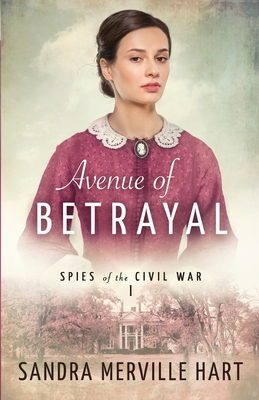 Betrayed by her brother and the man she loves...whom can she trust when tragedy strikes?

Soldiers are pouring into Washington City every day and have begun drilling in preparation for a battle with the Confederacy. Annie Swanson worries for her brother, whom she's just discovered is a Confederate officer in his new home state of North Carolina. Even as Annie battles feelings of betrayal toward the big brother she's always adored, her wealthy banker father swears her and her sister to secrecy about their brother's actions. How could he forsake their mother's abolitionist teachings?

Sergeant-Major John Finn camps within a mile of the Swansons' mansion where his West Point pal once lived. Sweet Annie captured his heart at Will's wedding last year and he looks forward to reestablishing their relationship-until he's asked to spy on her father.

To prove her father's loyalty to the Union, John agrees to spy on the Swanson family, though Annie must never know. Then the war strikes a blow that threatens to destroy them all-including the love that's grown between them against all odds.