A Pack of Storms and Stars (Paperback) 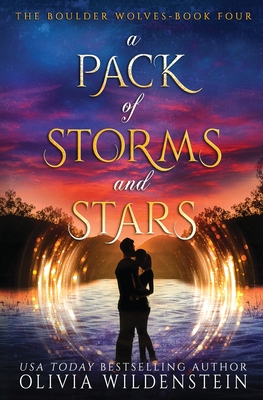 A Pack of Storms and Stars (Paperback)

The Boulder pack is back with Liam's spinoff.

TILL A MATING LINK DO US PART.

That was rule #1 of the arrangement I struck up with my Alpha a few weeks after he arrived in Beaver Creek to solve a pack murder. Liam Kolane and I would have exclusive fun until my wolf clicked with its true mate or until I found a male keen on long-term, since Liam had zero interest in forever.

Well, he and I crashed and burned long before another male came along, because I broke our one and only other commandment: I got attached. And not only to my scarred and aloof Alpha but also to his sweet nine-month-old son.

The problem with breaking up with your Alpha? You remain his shifter, so you're stuck seeing him every day. Another problem... some deviants presume he likes you enough to save you.

Good thing I have four older brothers who taught me to save myself.

*Nikki and Liam's story is a standalone, not suitable for children under 16 due to the graphic nature of some scenes.

*Nikki is a brand-new character in the series.