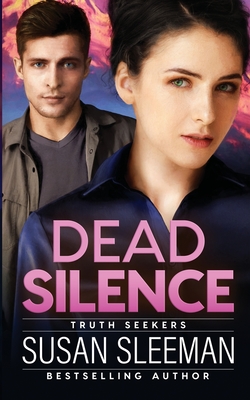 This is book number 2 in the Truth Seekers series.

A child she'll do anything to keep.
After Kelsey Moore's husband dies, she wants only one thing. To adopt her husband's son who she has come to call her own. But as she begins the process that her husband had dragged his feet on, she learns a secret so shocking she begins to question everything she knows except for the love she feels for her son. The child is not her husband's biological child, her former husband never had legal custody of the boy, and no one knows where he got the child. Fearing she might lose her son, Kelsey must find his birth mother and convince her to give up her parental rights.

A danger she's never known.
But when Kelsey starts asking questions, she runs into a brick wall named DEA Agent Devon Dunbar. Devon has been investigating an adoption/human trafficking ring with drug connections for the last six months, and he's not about to let Kelsey interfere in his investigation. But even if Devon brings out feelings she never thought she'd experience again, and he asks her to trust him, Kelsey can't even give him the benefit of the doubt. Not with the way her husband had lied to her and not even when her own life is on the line. If she doesn't succeed, she could lose the one thing that means everything to her - her five-year-old son.