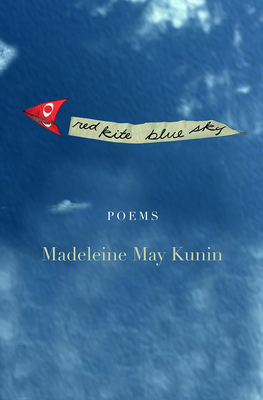 By Madeleine May Kunin


On Our Shelves Now
Red Kite, Blue Sky, the debut poetry collection from Madeleine May Kunin, celebrates life and the natural world, occasioned by the birth of grand-children, the memories of friendship and past birthdays/Bar Mitzvahs, a gift of plum-colored gloves from the poet’s daughter, the Sicilian sun which “melts my argument against myself," with sharp observations and humor. Like Emily Dickinson before her, Kunin does not shy away from death; rather she embraces the anticipation “before death drags me deep,” the gap in her life when her beloved husband dies, the fear of immigration to America during World War II with “an H for Hebrew, I found out later,” and the sadness of being isolated as an older woman living alone during the pandemic. For years Kunin was caught in the tempo of politics—as governor, as a federal official, and as an ambassador—but as she eased into retirement from public life, she found a door that opened for her to explore the multi-layered language of poetry.
Madeleine May Kunin, the first woman to be elected governor of Vermont (three-terms), was also U.S. Ambassador to Switzerland and U.S. deputy secretary of education. She as written four previous books: Living a Political Life, The New Feminist Agenda: Defining the Next Revolution for Women, Work, and Family (New York Times Editor's Choice), Pearls Politics and Power, and Coming of Age: My Journey to the Eighties. She is currently James Marsh Professor-at-Large at the University of Vermont, where she gives guest lectures on feminism and women and politics. This is her first poetry book.