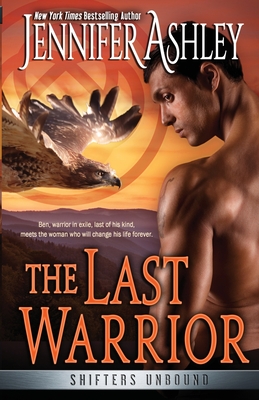 This is book number 13 in the Shifters Unbound series.

Rhianne, daughter of the powerful Lady Aisling, is in a jam. She's been imprisoned by an ambitious Fae lord, who is abetted by Rhianne's ruthless and cruel father.

Her prison door is shattered by an incredibly powerful creature, who in a flash settles into the guise of a handsome man with a warm smile. He tells her his name is Ben and that he's been sent to be her guide and a protector.

Ben, the last of a warrior race destroyed by the Fae, has lived a thousand years in exile and now has found a place among the Shifters. He's the caretaker of a sentient house outside New Orleans, and the Shifters turn to him when they're in dire trouble. Even so, Ben is aware of his aloneness, his people gone forever.

Ben escorts Rhianne to his world to keep her safe. Rhianne is reluctant to trust her fate to him, but she soon finds the human world, the Shifters, and most of all Ben, have captured her fascination, and her heart.

When her own strange powers awaken within her, Ben is the only one she can turn to for help.

But will assisting her put Ben in the most danger he's ever faced?