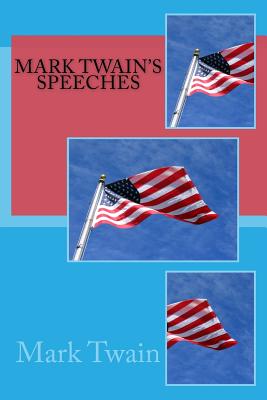 
Usually Ships in 1-5 Days. Please note that sometimes a book is available on our website but not currently on the store shelves
Spanning the time between 1872 and the year before he died, this collection of after-dinner speeches, random thoughts to "the press", etc. clearly documents, once again, the truly eclectic mind of Samuel Clemens. It also demonstrates how he dealt with adulation, compliments and notoriety...head on This collection is a treasure-trove of Twain sayings, witticisms and pronouncements on a huge galaxy of issues and concerns in his life.
Samuel Langhorne Clemens (November 30, 1835 - April 21, 1910), better known by his pen name Mark Twain, was an American writer, humorist, entrepreneur, publisher, and lecturer. Among his novels are The Adventures of Tom Sawyer (1876) and its sequel, the Adventures of Huckleberry Finn (1885), the latter often called "The Great American Novel".