The Sun Sister: A Novel (The Seven Sisters #6) (Paperback) 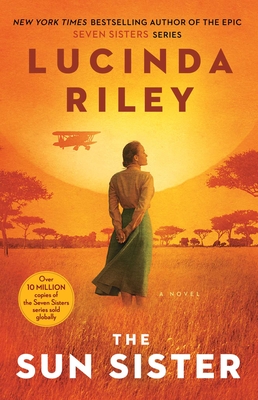 The Sun Sister: A Novel (The Seven Sisters #6) (Paperback)

This is book number 6 in the The Seven Sisters series.

An epic and transporting novel, the latest installment of the “heart-wrenching, uplifting, and utterly enthralling” (Lucy Foley, author of The Guest List) Seven Sisters series, unravelling between the dazzling streets of modern-day New York City and the breathtaking plains of 1940s colonial Kenya.

Electra d’Aplièse is a top model who seems to have it all: beauty, fame, and wealth. But beneath the glittery veneer, she’s cracking under all the pressure. When her father dies, she turns to alcohol and drugs to ease the pain. As friends and colleagues fear for her health, Electra receives a shocking letter from a stranger who claims to be her grandmother.

In 1939, New Yorker Cecily Huntley-Morgan arrives in Kenya’s Lake Naivasha region for the exciting chance to stay with her godmother, the famous socialite Kiki Preston. But after a sheltered upbringing, she’s astounded by the hedonistic antics of the other ex-pats in the infamous Happy Valley set. Cecily soon grows to love her stunning but complicated new home, and she even accepts a proposal of marriage from an enigmatic older cattle farmer. After a shocking discovery and with war looming, Cecily feels isolated and alone. Until she meets a young woman in the woods and makes her a promise that will change the course of her life forever.

Featuring Lucinda Riley’s “engaging and mesmerizing” (Library Journal, starred review) storytelling and filled with unforgettable and moving characters, The Sun Sister explores how love can cross seemingly impossible boundaries.
Lucinda Riley was the New York Times bestselling author of over twenty novels, including The Orchid House, The Girl on the Cliff, and the Seven Sisters series. Her books have sold twenty million copies in thirty-five languages globally. She was born in Ireland and divided her time between England and West Cork with her husband and four children. Visit her website at LucindaRiley.com.
Praise for The Moon Sister:

"Heart-wrenching, uplifting and utterly enthralling. Lucinda Riley is at the top of her game: a magical storyteller who creates characters we fall in love with and who stay with us long after we finish reading. Dazzingly good." —Lucy Foley, New York Times bestselling author of The Guest List