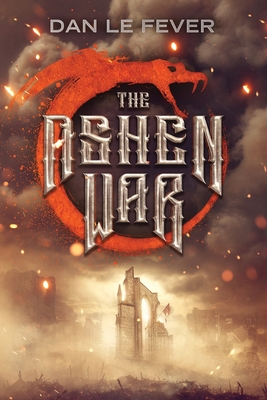 England is on the brink of collapse. After a mysterious plague ravaged the world during the American Civil War, the Crown imposed decades of isolation. The King now turns once again to colonization, and to save what little family he has left, James Barlow, an imprisoned resistance leader, is forced to join an expedition across the Atlantic to America. Waiting for them, however, is a scorched land ruled by a brutal cult. Hunted relentlessly, the expedition is split up, and James is captured. But the cult will soon learn that James is more than a mere prisoner. He is a born rebel.

THE ASHEN WAR is a raucous action-packed journey through a re-imagined America changed by an apocalyptic event during the country's most fragile period that speculates what cultures, religions, languages, and societies might have emerged. Follow the adventure of smart-mouthed rebel James Barlow and the well-read but untested Liz Stillman, whose journeys will take them through ruined cities, crumbling mining towns, and the fiery, smoke-filled lands of a vicious cult as they try to come to terms with their past while saving what they can of the future. The Ashen War is the cinematic debut novel by Dan Le Fever and the first of a planned trilogy.