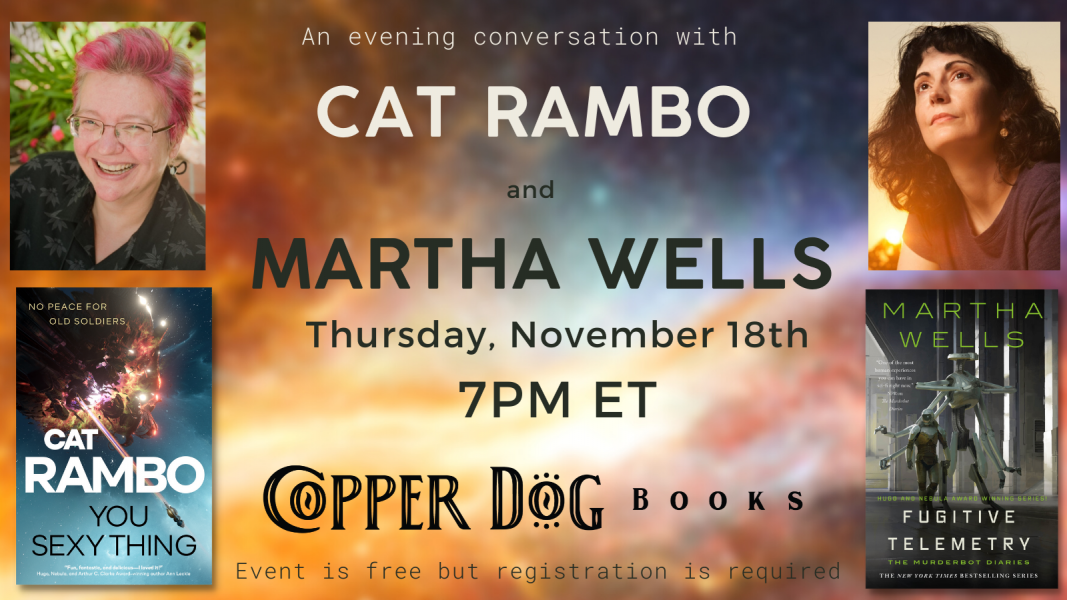 Just when they thought they were out...

TwiceFar station is at the edge of the known universe, and that's just how Niko Larson, former Admiral in the Grand Military of the Hive Mind, likes it.

Retired and finally free of the continual war of conquest, Niko and the remnants of her former unit are content to spend the rest of their days working at the restaurant they built together, The Last Chance.

But, some wars can't ever be escaped, and unlike the Hive Mind, some enemies aren't content to let old soldiers go. Niko and her crew are forced onto a sentient ship convinced that it is being stolen and must survive the machinations of a sadistic pirate king if they even hope to keep the dream of The Last Chance alive.

CAT RAMBO (They/Them) lives, writes, and teaches somewhere in the Pacific Northwest. Their 200+ fiction publications include stories in Asimov's, Clarkesworld Magazine, and The Magazine of Fantasy & Science Fiction. They are an Endeavour, Nebula, and World Fantasy Award finalist. They also run a popular online school, The Rambo Academy for Wayward Writers. Their books include You Sexy Thing, Carpe Glitter, and Hearts of Tabat.

MARTHA WELLS has written many fantasy novels, including The Wizard Hunters, Wheel of the Infinite, the Books of the Raksura series (beginning with The Cloud Roads and ending with The Harbors of the Sun), and the Nebula-nominated The Death of the Necromancer, as well as YA fantasy novels, short stories, and nonfiction. Her New York Times and USA Today-bestselling Murderbot Diaries series has won the Hugo, Nebula, Locus, and Alex Awards