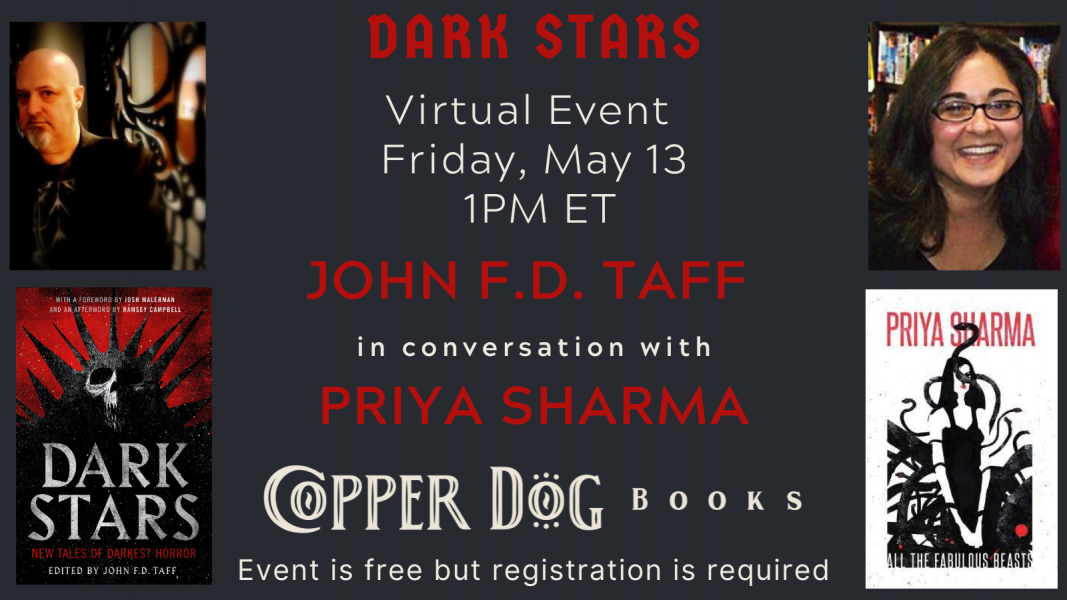 Hey all you horror readers,

Looking for something spooky to do on Friday the 13th? Join us for a star studded virtual event for Dark Stars, a horror anthology! Editor John FD Taff and contributor Priya Sharma will be talking all things horror. It'll be a screaming good time!

Ready to get your pants scared off? Check out our Dark Stars Event- a horror short story anthology featuring 12 terrifying original stories from rising talent and horror titans, with an introduction by bestselling author Josh Malerman (Bird Box) and an afterword by Ramsey Campbell.

Taff lives in the wilds of Illinois with a wife, two cats and three pugs.