S. A. Barnes in conversation with Alma Katsu 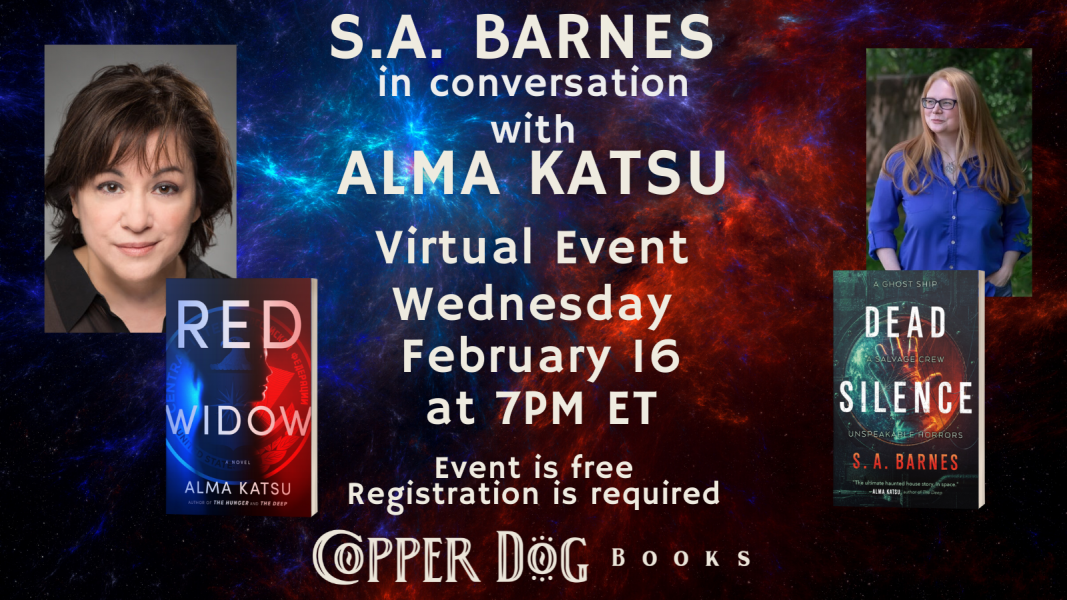 Titanic meets The Shining in S.A. Barnes' Dead Silence, a SF horror novel in which a woman and her crew board a decades-lost luxury cruiser and find the wreckage of a nightmare that hasn't yet ended.

A GHOST SHIP.
A SALVAGE CREW.
UNSPEAKABLE HORRORS.
Claire Kovalik is days away from being unemployed--made obsolete--when her beacon repair crew picks up a strange distress signal. With nothing to lose and no desire to return to Earth, Claire and her team decide to investigate.

What they find at the other end of the signal is a shock: the Aurora, a famous luxury space-liner that vanished on its maiden tour of the solar system more than twenty years ago. A salvage claim like this could set Claire and her crew up for life. But a quick trip through the Aurora reveals something isn't right.

Whispers in the dark. Flickers of movement. Words scrawled in blood. Claire must fight to hold onto her sanity and find out what really happened on the Aurora, before she and her crew meet the same ghastly fate.

S.A. BARNES works in a high school library by day, recommending reads, talking with students, and removing the occasional forgotten cheese-stick-as-bookmark. The author has published numerous novels across different genres. Barnes lives in Illinois with more dogs and books than is advisable and a very patient spouse.

Alma Katsu is an American writer of adult fiction. Her books have been translated into over a dozen languages, and has been published in the United Kingdom, Brazil, Spain and Italy.